Building Hope customized a facility with radio and film production rooms, a dance studio, and hands-on science lab for this school of media and journalism arts.

“I’d tell any public charter school founder to get to know Building Hope. We created great partner. And those partners included Building Hope since our inception.”

Dr. Marco Clark had a unique, ambitious vision for Richard Wright Public Charter Schools for Journalism and Media Arts. To turn his dream into a reality, he needed the support of partners like Building Hope.

Clark wanted to provide traditionally underserved D.C. students with an innovative education that emphasized cutting-edge journalism and media. He named the school, which he founded in 2010, for the influential African American writer and activist.

“We wanted to create communicators that could actually go back and change their communities,” Clark said. “They could develop skills for writing and the 21st century technology to tell a different story than what was being told by mainstream media.”

Clark recognized right away that in order to achieve this dream, he’d need outside expertise and strong network of partners. Building Hope was honored to team up with Dr. Clark.

Building Hope obtained temporary space for Richard Wright PCS. Then, the Real Estate and Finance teams went to work securing a permanent facility that would meet the needs of the school’s mission, and the necessary financing.

With the help of Building Hope, Richard Wright PCS’s leadership found a six-floor office building in Southwest D.C. – near the National Mall and conveniently located for students. The school was able to acquire a 50-year ground lease on the space and extensive renovations began shortly afterward. Building Hope and two of its partner organizations (City First Bank and OSSE) were able to supply Richard Wright PCS with the loan it needed. Building Hope also coordinated a sublease of the building’s ground floor to serve as a charter pre-school, benefitting some of D.C.’s youngest students and making the project more affordable for Richard Wright PCS.

Today, Richard Wright PCS’s state-of-the-art facility is LEED certified and includes radio, dance and graphic design studios, a green screen filming room and a media library. Building Hope’s team of experts offered ideas and guidance to complement the school’s vision and the result, in Clark’s words, “is a second-to-none facility.”

Since 2015, Richard Wright PCS has boasted graduation rates of more than 90 percent. The school’s graduation requirements include admission to at least five, four-year colleges/universities, which has resulted in 100 percent of graduates transitioning to higher education institutions. 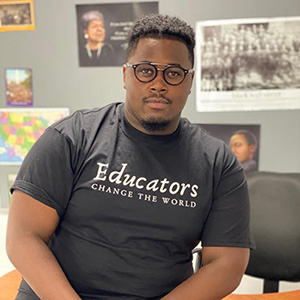 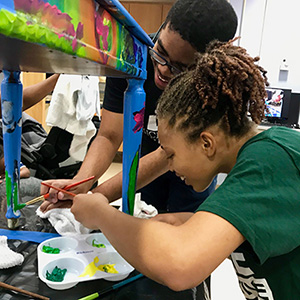 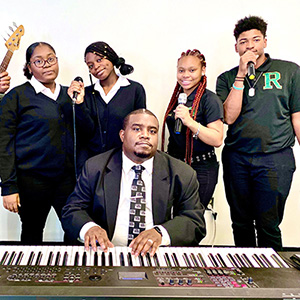