Educational Innovation: What It Means to Think Like There Is No Box

Innovation is the lifeblood of charter schools. To succeed, it takes imagination, perseverance, and insight.

Picking out the best innovators is almost as big of a challenge. Just ask Amy Ruck-Kagan, who helped judge those entries for the Building Hope Impact and Summit Awards.

Ruck-Kagan is a managing partner with the National Association of Charter School Authorizers and has spent her career advocating for quality charter schools.

That requires a lot of things, all of which were part of the judging criteria. But the foundation is innovation. It is not simple to define, but you know an innovative school when you see it.

“It’s one you walk in and see a high level of engagement,” Ruck-Kagan said. “Kids want to be there. Ideas are going off.”

That’s why parents are drawn there. They know charter schools aren’t bound by traditional education models. Charters have the flexibility to experiment, to be imaginative and take new approaches. They encourage students to see the world through a new perspective.

You can’t just have innovation for innovation’s sake, of course. The ultimate goal of any school is to educate students. Charter schools are able to find more effective ways to get there.

“You still have to meet the same academic goals. You are still held to the same standards,” Ruck-Kagan said. “But how you do that and the path you choose, that’s where the flexibility sets in.”

While innovation takes many forms, there are basic components that helped Building Hope’s Selection Committee decide a winner:

· Impact. Students are creative, highly motivated, uninhibited and want to bring positive change to the world. “We wanted to recognize schools that are pushing the boundaries, taking risks, finding new approaches that access what students are really passionate about. The intricacies that make each of us tick,” Ruck-Kagan said.

· Program. Clear creativity, vision and effective execution need to be demonstrated. The program must offer a truly unique educational path, and its success stories should be clear examples of how the program works.

· Leadership. The leader believes in the program and inspires students to do the same. Effective leaders put students first and operate with ethics and impeccable financial responsibility. They model the behavior they’d most like to see from their students.

· Growth. There’s a long-term vision and a strong commitment to track the progress in quantifiable ways. Future initiatives are clearly delineated and supported by research and other data. The key measurement is whether a program was evolving to provide a richer learning experience for students.

Ruck-Kagan said innovation has regained a prominent role in education. When the charter movement began, the overall mission was to provide fresh alternatives. As time passed, many schools became more traditional in their approaches. They’d stick with proven innovative programs and didn’t grow.

There’s been a reawakening the past few years, Ruck-Kagan said. Leaders are full of fresh ideas that have spawned programs worth honoring.

Genesee Community Charter School’s sixth grade class got wind of a plan to restore the historic Erie Canal aqueduct as part of a downtown revitalization project in their hometown of Rochester, N.Y.

A developer in town had presented a plan for it to the mayor and city council, but the plan went nowhere with city officials.

Genesee’s sixth-grade class stepped in and visited four other cities that had redeveloped their downtowns with water projects. They took their report to City Hall, “and the mayor was wowed,” Shannon Hillman said.

Hillman is the executive director of the Genesee Community Charter School. Their project was emblematic of the innovative civic and community work that students get involved with every year.

“Students see the importance of taking a voice and advocacy,” Hillman said. “They get a true understanding of what it is to care for a community and believe in it.”

The school was named after the Genesee River, which flows through downtown Rochester. The school’s founders wanted a curriculum that emphasized the area’s rich history and was committed to educational equity.

One year they visited four cities known for excellent bike transportation and developed a bike path plan. A more recent Hot Topic was food deserts, places in town where food stores are scarce, and how to alleviate that growing problem in Rochester. The 6th-graders presented their study to city leaders, who used it to help shape their plans.

Being a K-6 school, it’s hard to quantify the success of Genesee’s graduates. But the 600-student waiting list to get in speaks to its reputation.

“We always hear about our kids being on the honor roll wherever they go, and being recognized as students of the month,” Hillman said.

It’s a cutting-edge example of how education innovation doesn’t necessarily have to recreate the curriculum wheel. Sometimes, it turns out, innovation emerges by taking a fresh, meaningful, and creative look at what is old and enduring.

An essential key to that progress is FACTS’ commitment to helping students understand rituals and routines that tie them to generations past and prepare them to lead in the future. Investigating their own and others’ traditions helps students see things from other people’s point of view. They learn that everyone has a story to tell and all voices matter.

“These may not seem like new ideas,” says Executive Director Ellen Somekawa, “but the new idea is to connect up the focus on learning about traditions, teaching children how important it is to take time to listen to elders and what they can learn from that, and then connecting that to what people need to succeed in this world.”

FACTS innovates by paying attention to the kinds of knowledge that is passed down, face-to-face and person-to-person through families and communities.

As part of that journey, FACTS seventh-graders present culmination projects — mini-TED Talks — as a touch point. “We get so many lessons coming out from these stories,” Somekawa ways. This will stick: One student described how his immersion in African dance helped him quell his anger, restlessness, and other intense feelings.

FACTS has been recognized as a blue-ribbon school by the Pennsylvania Department of Education. And, in Philadelphia’s scheme of competitive placements for the top high schools, FACTS eighth-grade graduates have a high degree of success in being admitted to the schools of their choice.

FACTS is deep into a plan to expand its facility, allowing it to increase its student population by one-third and create more public and accessible space for community use.

“This challenging process of trying to see the facilities project succeed … is exciting, but also daunting,” Somekawa says.

The Jane Goodall Environmental Sciences Academy (JGESA) is a very small charter school in a very small town in Minnesota that has a very different way of doing things.

Just a few of the ways JGESA is different include:

· The school has no principal or administrators of any kind. There are 15 people who serve as advisors (teachers), counselors or staff members. Each has an equal vote on school issues While that may seem like there is no one in charge, the group likes to think that “everybody is in charge!” says one of the advisors, Les Harrison.

· The 15 staff members each serve on 4-5 school committees dealing with curriculum or operations or something that will impact the school. They hold a weekly meeting to hear from committee members on relevant issues and vote up-or-down on proposals.

· The 115 students attend classes in cabins or outdoors on a 300-acre plot of land that is nearly all woods, surrounding one of Minnesota’s 10,000 lakes.

· Students do not receive grades and rarely are tested. About one-third of the graduating class goes to college; one third goes on to technical schools and the remaining one third enroll in trade schools.

· Students have a Monday-Thursday schedule, but on Thursday afternoons, they pack all their stuff into bins and remove it because the cabins are rented to visitors on weekends.

And did we mention that half the student population are special education students? You wouldn’t know it because they attend classes (called seminars) and share environmental learning experiences alongside the rest of the students with no distinction between the two.

In other words, there is a lot you can learn on your own, if given the chance.

“What we’re trying to accomplish here is independence,” Harrison said. “The goal is to make learning a life-long experience in fun, creative and unique ways.”

Harrison acknowledged that the different road the school takes with its curriculum makes it popular in the rural countryside where it’s located. It wouldn’t be hard for JGESA to enroll another 30-35 students, but the staff members don’t seem in a hurry to expand.

“We’re happy with the student population where it is and not really thinking too much about expansion,” Harrison said. “We’d like to see another school start up with their own charter and process rather than try to continue to expand ours. More schools need to be recognized for breaking the traditional models and finding success that ultimately benefits not just the students, but the community around them.” 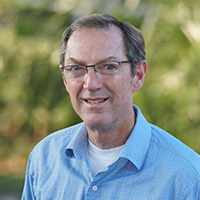 Bill Fay is a freelance writer supplying content for the communication outlets Building Hope uses to promote and expand charter school programs in the U.S. Bill started his career as a sports writer for the Tampa Tribune and Associated Press. He has written about Super Bowls, NBA Finals and college football, basketball and baseball championships. He has turned his attention to more serious subjects like public transportation, personal finance and now, education. He welcomes opportunities to learn more from the charter school audience and become a voice for their community.
PrevPreviousStudent Empowerment: Opening the Door for Students to Lead the Way
NextCommunity Engagement: Proactively Involving Families and Cities in EducationNext
PrevPrevious
NextNext